There are so many ways to get in contact with people today and its just so easy nowadays that it makes it hard to just vanish out of thin air  when you want to loooool. I’m going to make a evolution of communication timeline (sort of) of how  social networking has evolved and how we stay in contact with them. Bare in mind i don’t remember everything only going to list the things i do remember lol. Of course we all know that the internet is top dog but even today we still more or less use the same methods as people did 50 years ago  when it comes to communicating with someone, though the methods of the past has either upgraded, business use mainly or some people just like staying old fashion

OK SO BEFORE THE INTERNET BECAME POPULAR WE HAD:

Pretty much back in the 90s cell phones started to become more and more popular and was very useful to us all to get in contact with someone when we needed to, then of course came the texting . Everyone (nearly) owns a cell phone, of course we can do so much more with it then just calling and texting and even texting has become a thing of the past thanks to Whatsapp, BBM, imessage and many other free apps we can have to communicate.

AND EVEN FURTHER BACK WE HAD: 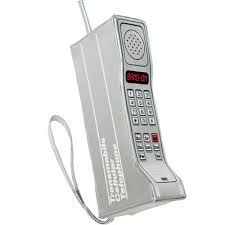 Pretty much similar to the 90s but during the 80s when cell phones were brought out to this world not only was it super huge but also very expensive, so not many people had them. Most people would still use some of the other methods listed below before the cell phones existed.   However today millions and millions of people has one.

Home phones were top choice, and has been around for very long time up until now and because we didn’t have any device to save any number or address we’d use a little book or in case we forgot it we can always resort to the classic napkins. But if you had to message someone how lives far away then sending letters was another option in case you didn’t have their number to call. Still today we still send letters though it more for business i.e sending contracts and what not or when we need to send a  large parcel. Home telephones again something we have today as well but again not many people use it due to having cheap contracts and great deals on a cell phone or just use the internet. Some people still use contact books however we now save our contacts into one place.

EVEN FURTHER FURTHER BACK

So more or less these are other things some people would use to get in touch with someone. Faxing was around in those times and still is today, messenger boy use to deliver letters by bicycle or deliver by foot although today we call the mail men lol. Telegraphs  i don’t think anybody uses that and as for pigeons we can say for sure nobody uses them haha. 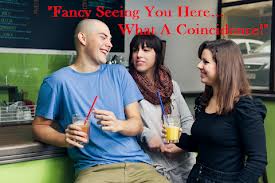 Hope you enjoyed this blog, if you feel like i missed anything out or you had your own ways of staying in touch with someone please comment below.  I myself have probably forgotten a few things then again it is 9.30am so go easy on me. Till then bye 🙂

I’m sure we always hear this ‘ who does it better’ or ‘ who does more’  in general. There always seems to be a competition between the two genders and i’m sure we can argue days on ends about this topic and never coming to any sort of conclusion. I myself am going to list some of the things we are both good and bad at rather then most people favor one over the other one as we see in most discussion and really when you think about it both genders and good and bad in some way. No gender is to say more superior then the other. I’m not just going to discuss about society in general i’m going to list  the physical and mental that each fail or achieve the best. 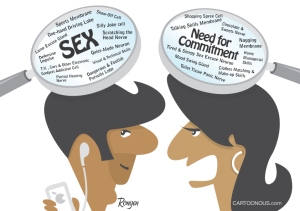 PRO MEN :  They don’t have to worry about hair or doing their make-up. Yes lucky them they don’t have to really do much with themselves as suppose to women. All they need to do really is have a bath, clean shave, hair trim from time to time and just put on anything. whereas women have to spend quite some time to maintain themselves.

PRO MEN:  They can sleep with as many people and never get punish for it. I don’t get how if a man sleeps with 50 people everyone calls him a player and they all cock high five each other lol. A woman sleeps with 50 men and she is a slut, whore etc. Put it this way some women don’t want to have a serious relationship same like some men. Some women just want to have fun without attachments. Although we can see it that way unfortunately thanks to society men can get away with their sleepers stories. In fact men when asked how many people they slept with will always higher their number whereas woman tend to lower their number.

PRO WOMEN:  Men tend to be more lazy then girls. Now i’m not saying all men are lazy but most are. Men tend to get more comfortable with situations, relationships, work etc whereas women seems to always want to do something or achieve higher goals.  I notice pregnant women tend to have a lot more energy and like to keep very active. Women are just more driven to achievement, keeping active and making more effort.

PRO MEN : Men can travel around a lot more easy then women. Well is this more or less true. A guy can travel around and not seem to worry about where he will sleep, he can sleep anywhere. Whereas women tend to need to take extra care when traveling. Not saying nothing can’t happen to man to but its less chance then a woman lets just say. Also men have not much to worry about when they are moving overseas to like i said they can go and sleep anywhere share a flat with 10 people they don’t know, but don’t get me wrong some women do the same to but  most girls would prefer a nice secure place of their own or at least know the person first for a while before they can trust.

NEUTRAL:  Men ain’t that picky. haha not saying they will go for anything and some men are picky but not the same way as women. Women tend to look at every detail when dating a man and in a way they are right especially if they want someone stable. whereas a man just looks on the outside first and even if your not really his type he would more or less still do a woman despite even if they have nothing in common.

CON WOMEN:  Women has periods. Well it is a natural part of life and nothing much we can really do to help it. But it can be very VERY annoying to control it sometimes.

NEUTRAL :  Menopause and mid life crises. Both men and women will experience this, again natural part of life we can’t help

PRO MEN :  Men are good at saving money. Well some women can save to but its an estimate that 1/3 of men make more money then women and 24% of women spend more then men who makes more then them

PRO WOMEN : Women can get into places or receive items for free. Well yes most clubs will allow girls in for free and men have to pay same as girls can get a free coffee or cake or whatever if the guy behind the counter finds her cute.

NEUTRAL : Both men and women can suffer for self image. Yes even though we usually see women complaining about their looks or weight, men can and usually suffer from the same thing to, it’s just not mention as much.

CON WOMEN:  Women take too long. Its a fact the women will spend 3 hours and 19 mins per week doing themselves up and an estimate 474 days in their whole lives getting ready. Men will spend half the time if not less.

PRO WOMEN:  Women seem to live longer then men by an estimate of 5 years more.

In conclusion i think we both fail and achieve things more or less on way or another but at the end of the day we are all humans and we should respect one to another despite being male or female. 🙂